Based on the novel by John Fowles and adapted by Mark Healy, The Collector played at The Vaults Theatre in London during August 2016. Starring Daniel Portman (HBO's Game Of Thrones) as Frederick Clegg and Lily Loveless (C4's Skins) as Miranda Grey the production was hugely well received and nominated for two Off West End Awards. 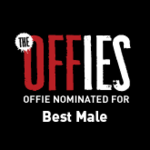 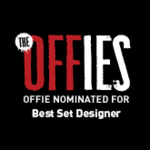 "Compelling from beginning to end, superbly acted and with an absorbing plotline to match" London Theatre 1

"Portman's performance as this complex sociopath is mesmerising" The Stage

"Lily Loveless' performance is a masterclass of female wiliness" The Telegraph

"This is a well designed and finely acted production, and is worth the trip for the atmospheric venue alone" British Theatre

"Translates almost perfectly from page to stage" The Reviews Hub